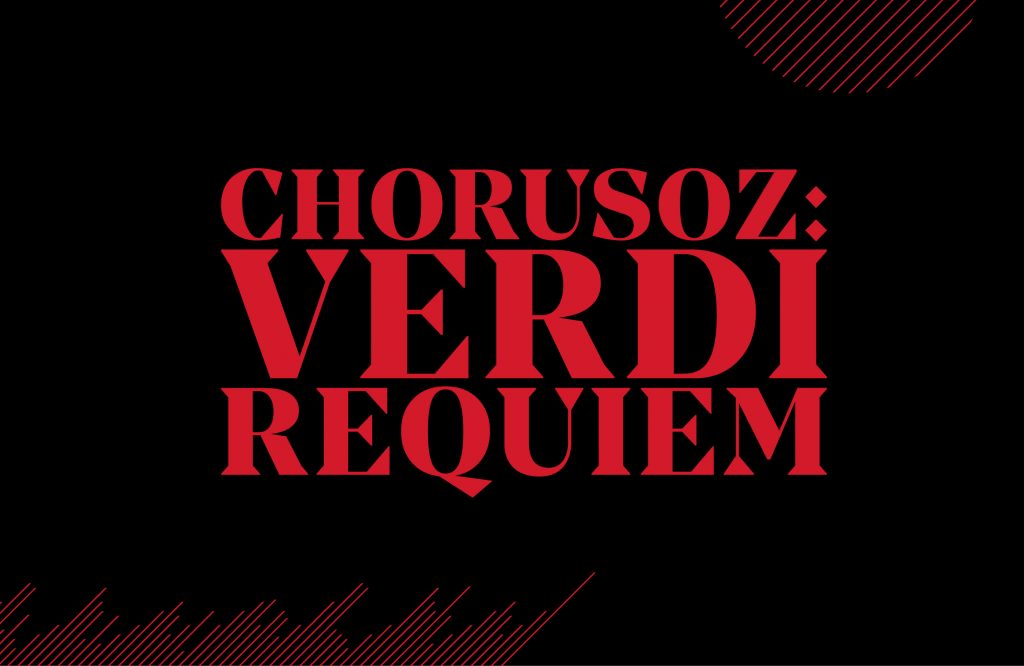 For its exhilarating and primal effect, there’s no music to rival the “Dies irae” (Day of Wrath) in Verdi’s Requiem. When it thunders into the hall, the sheer terror of the scene will grip you, just as the composer intended. At the other extreme is the anguish of the weeping “Lacrymosa” and the glowing serenity of the “Lux aeterna” (Light Eternal). This might be a mass for the dead – music for the church – but its emotional and dramatic impact is equal to a night at the opera.

Over a single weekend of intensive music-making, the participants in ChoruzOz 2020 will gather to rehearse Verdi’s great masterpiece and immerse themselves in his infallible theatrical instinct.

If the name Verdi makes you think of the opera house – Rigoletto, La Traviata, Aida – you too can experience the genius of his Requiem, a thrilling yet profound expression of grief, deeply personal and yet spectacular music that spoke to an entire nation. Awesome!

Tickets for this performance are currently unavailable.