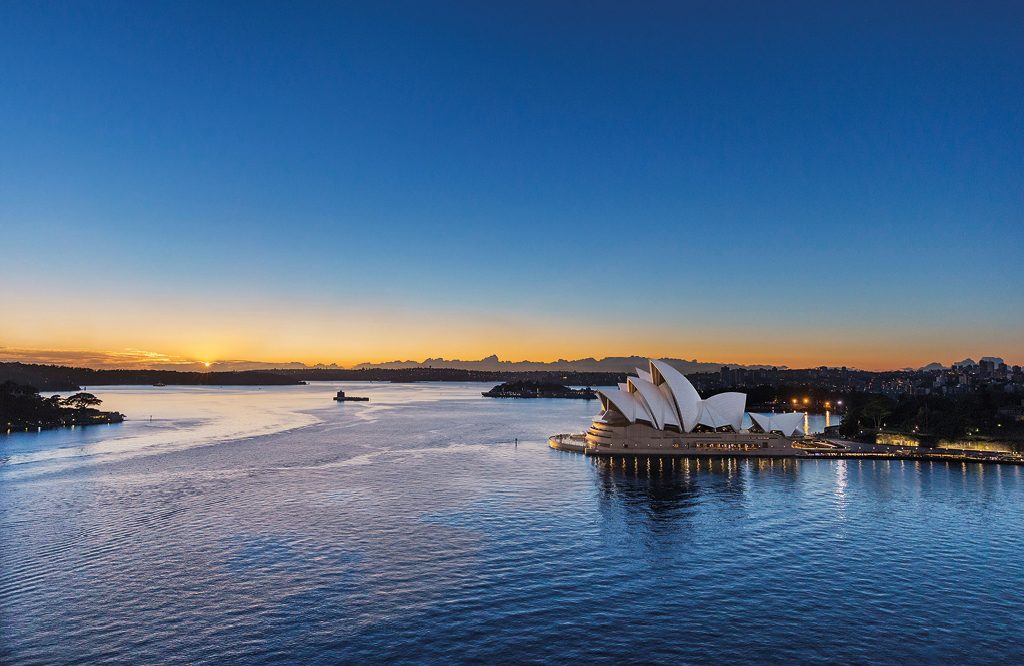 Yes, we’re inviting you to head out to the Sydney Opera House in the wee hours of the morning to witness a musical performance at dawn on a Sunday. And whether you’re a morning lark by nature or a night owl who has to stay up all night to see the sunrise, we’re going to make it worth your while.

Picture it now: first light… the horizon tinged with pink as the sun rises over the Heads… the Opera House sails glistening… the granite underfoot is cool, the waters of the harbour are lapping quietly… Sydney Philharmonia Choirs assemble on the Monumental Steps… voices rise as the sun climbs…

In just over an hour of inspirational a cappella music, we’ll be welcoming a new day in the (still) new year – singing the city into 2020. At the same time we’ll be launching our Centenary Season and celebrating the dawn of a new era as we take up our status as a resident company of the Sydney Opera House.

Light, possibility and hope. Our themes are timeless and the music traverses the ages, from the ancient round “Sumer is icumen in” and traditional songs like “Morning Has Broken” to contemporary expressions such as Dolly Parton’s “Light of a Clear Blue Morning” and the “Aquarius – Let the Sunshine In” medley from Hair.

Whether you’re beginning the day or ending the night, join the audience for Dawn Chorus as we sing in a new day, a new season and a new era!

This event has now ended