We are very lucky to have the expertise and dedication of our talented Music Staff. Led by Brett Weymark OAM, our music staff are musicians in their own right and show their commitment to choral music by devoting countless hours to auditions, rehearsals and performances. This commitment allows us to perform to the very best standards possible. 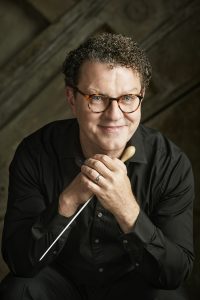 He studied singing and conducting at Sydney University and the Sydney Conservatorium of Music and continued conducting studies with Simon Halsey, Vance George, Daniel Barenboim and Sir John Eliot Gardiner, amongst others.

His performances have included Bach’s Passions and Christmas Oratorio, the requiems of Mozart, Verdi, Duruflé and Fauré and Orff’s Carmina Burana. He is champion of Australian composers and has premiered works by Matthew Hindson, Elena Kats-Chernin, Peter Sculthorpe, Ross Edwards and many others. He has prepared choirs for Sir Charles Mackerras, Zubin Mehta, Edo de Waart, Vladimir Ashkenazy and Sir Simon Rattle. He has recorded widely for the ABC and conducted film scores, including Happy Feet, Mad Max Fury Road and Australia.

In 2001, Brett was awarded an Australian Centenary Medal. In 2021, he was awarded the Medal of the Order of Australia for services to the performing arts through music.

Brett is passionate about singing and the role that music plays in both the individual’s wellbeing and the overall health and vitality of a community’s culture. Music can transform lives and should be accessible to all. 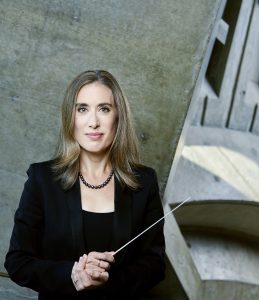 Elizabeth Scott is a highly skillful choral conductor who has led Sydney Philharmonia Choirs’ young adult choir to great success since 2008. A former SPC Assistant Chorus Master (2006–2008) and Acting Music Director (2013), she is also currently the Music Performance Projects Officer (Secondary Choral Music / Instrumental Music) for the Arts Unit within the NSW Department of Education, and regularly conducts the NSW Public Schools Singers. Since 2009 she has been the Choral Conductor for the Schools Spectacular, and was Director of Vocal & Choral Studies at the Conservatorium High School (2012–2013). Elizabeth is a true leader of the next generation of choral singers.

After graduating from the Sydney Conservatorium of Music in 1995, she completed postgraduate studies in choral conducting, vocal performance and aural training in Hungary and Germany. Through Symphony Australia’s Conductor Development Program she has worked with the Queensland, Adelaide and Melbourne symphony orchestras and Orchestra Victoria, among others, and was awarded the 2008 Sydney Choral Symposium Foundation Choral Conducting Scholarship. Elizabeth has recently completed her Doctorate of Musical Arts in Choral Conducting.

She is a regular chorus master for the Sydney Symphony Orchestra and has prepared choirs for international conductors including Simone Young, David Robertson and Charles Dutoit. She also regularly works with Gondwana Choirs and Cantillation.

In 2017, Elizabeth became the first Australian woman to conduct SPC’s Messiah concerts at the Sydney Opera House. Recent performance highlights include 2021’s Berliner Messe and St John Reimagined, 2020’s Considering Matthew Shepherd, and Music at the Movies in 2019. She is a passionate champion of contemporary composers such as Eric Whitacre, Arvo Pärt, Ola Gjeilo and Ēriks Ešenvalds, and Australian composers such as Paul Stanhope, Joseph Twist, Brooke Shelley, Matthew Orlovich and Sally Whitwell. 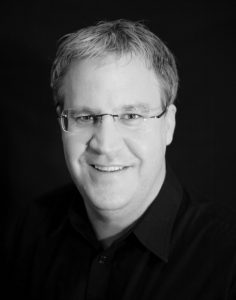 Tim Cunniffe is an accomplished conductor, musical director and pianist who has worked with Sydney Philharmonia Choirs, Sydney Children’s Choir and Gondwana Voices since 2012. He earned his degree in classical piano from the Western Australian Academy of Performing Arts (WAAPA) in Perth, and later studied conducting with Dobbs Franks.

He forged his career in Western Australia where he is best known as Music Director of more than 30 stage shows, co-creator of more than 80 cabaret shows presented around the world, lecturer in Music Theatre at WAAPA, conductor of the Churchlands Choral Society for 12 years, and for his long association with His Majesty’s Theatre. He was the resident Musical Director of Downstairs @ The Maj from its inception, directed and arranged the music for the theatre’s centenary gala in 2004, and conducted many performances within its walls, most memorably Irene in 2008 with Hollywood legend Debbie Reynolds. 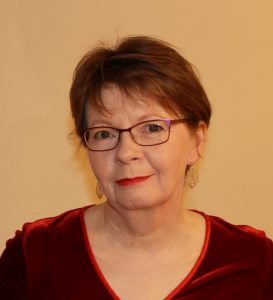 Lynne has sung as a soloist in opera, oratorio, concert and recital in Australia, New Zealand, the United Kingdom, and Germany. She trained at the Opera School at the Sydney Conservatorium of Music, where she later undertook the degree of Master of Music (Performance). She was a finalist in all major Australian singing competitions, and won Opera Foundation’s German Operatic Award, which resulted in her performing as a trainee principal singer with the Cologne State Opera in Germany. On returning to Australia she sang with Opera Australia and opera companies throughout Australia and New Zealand, in principal roles including Lucia in Lucia di Lammermoor, the Queen of the Night in The Magic Flute, Sophie in Der Rosenkavalier, and Olympia in The Tales of Hoffmann.

Lynne has built a practice as a singing teacher for over twenty years, with a particular interest in teaching choral singers. She wrote an article on teaching mature amateur singers for the 2016 edition of Australian Voice, and co–authored a chapter on voice management and the older singer, to be published this year in the prestigious Oxford Handbook of Singing.

As vocal coach for Sydney Philharmonia Choirs Lynne sits in on chorister auditions, advises choristers on issues to do with their voice, and runs workshops on vocal technique. Lynne sees her role as encouraging singers across all choirs to fulfil their vocal potential and to get the utmost enjoyment from their participation in the choir.