Love to sing? Then sing with us. You could perform with leading conductors, soloists and orchestras on stage at the world-famous Sydney Opera House. From rehearsal to performance, you will be expertly led by our Music Directors, Brett Weymark and Elizabeth Scott.

We have three auditioned choirs: see below for more details on each choir and to register for an audition.

Symphony Chorus is considered the most prestigious choir of its size in Australia, renowned for its vocal power. For the past 85 years, Symphony Chorus has been the chorus of the Sydney Symphony Orchestra. Weekly rehearsals are on Tuesday evenings plus some additional rehearsals throughout the year.

Chamber Singers is a choir of 32 highly skilled singers who specialise in virtuosic choral repertoire from the Renaissance to world premieres of today. Weekly rehearsals are on Monday evenings with some additional rehearsals throughout the year.

Our young adult ensemble, VOX, is for singers aged 18–30. VOX excels in performing the most inspiring classical, popular and contemporary vocal works. Weekly rehearsals are on Wednesday evenings with some additional rehearsals throughout the year. 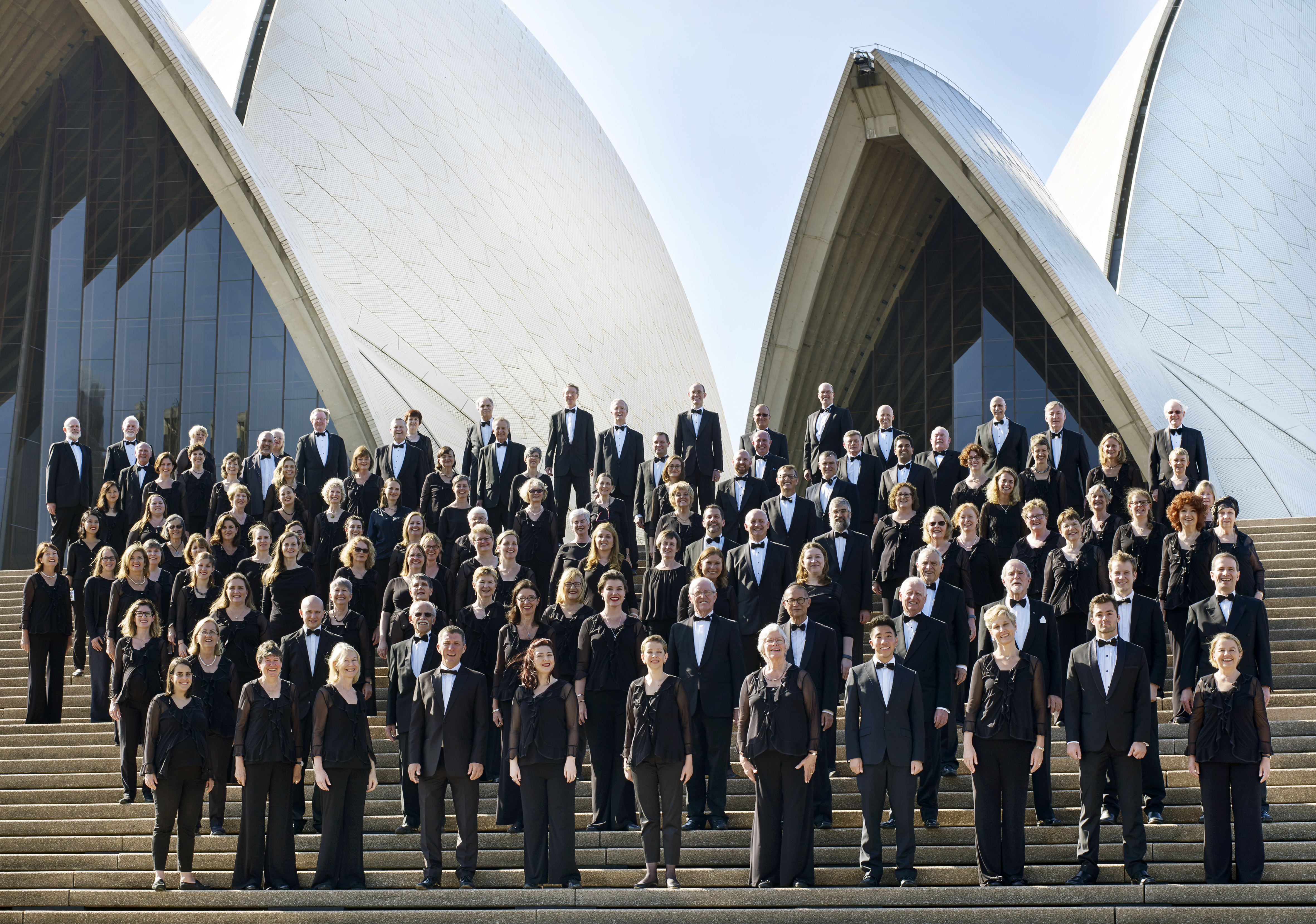 This highly skilled group of up to 150 highly skilled auditioned singers perform a diverse range of repertoire from early Baroque and Renaissance, through to contemporary and newly commissioned works. They excel in large-scale choral repertoire. For more than 80 years, Symphony Chorus has been the chorus of the Sydney Symphony Orchestra.

In May 2021, Symphony Chorus performed Orff’s Carmina Burana, Peter Sculthorpe’s Sun Music and John Peterson’s The Earth That Fire Touches before lockdowns began again. In 2022, they perform Mozart’s Requiem and other works of Mozart, Jessica Wells’ Dolor ultimae melodiae, and in Handel’s Messiah.

The Chamber Singers is a choir of 32 highly skilled singers who specialise in virtuosic choral repertoire from the Renaissance to the 21st century. They are renowned for their dynamic performances and their exceptional musicianship and professionalism. Their performances can be intimate and delicate, yet have the vocal power to inspire awe. They have premiered Australian music by Dan Walker and Luke Byrne, amongst others, and regularly perform with the Sydney Symphony Orchestra including performances of Eötvös’ Halleluja — Oratorium balbulum and in the Tea & Symphony series. In 2016 the Chamber Singers recorded and released This Secret World, the music of Dan Walker.

At Easter 2021, Elizabeth Scott led the Chamber Singers in Bach’s St John Passion, with works by Brooke Shelley and Joseph Twist woven throughout, at The Concourse, Chatswood. In 2022, they performed as part of the Sydney Festival in Night of the Soul, JS Bach’s Mass in B minor, and in the Grant Us Peace program with works by Peteris Vasks, Stuart Greenbaum and Maria Lopes at St Andrew’s Cathedral.

VOX is at the forefront of contemporary choral music in Australia. With singers aged 18–30, VOX brings together Sydney’s most talented young singers to perform in the Sydney Philharmonia Choirs’ concert season. VOX are led by acclaimed choral conductor and VOX Music Director, Elizabeth Scott. VOX regularly perform in the Sydney Symphony Orchestra’s season in programs such as Last Night of the Proms, Britten’s Peter Grimes and Fauré’s Requiem. They starred in their own performances of Wonder in the Utzon Room at the Sydney Opera House. VOX regularly appears at corporate events and in major cultural festivals such as VIVID Sydney, the Greek Music Festival and Four Winds.

In 2019 they performed with the Sydney Symphony in Harry Potter and the Half-Blood Prince, and with Nick Cave and Warren Ellis at the Sydney Opera House. They have sung on recordings for composers Sally Whitwell and Dan Walker, and Bangarra Dance Theatre’s production of Bennelong. In 2020 VOX performed Craig Hella Johnson’s searing choral work Considering Matthew Shepard in collaboration with the City Recital Hall.