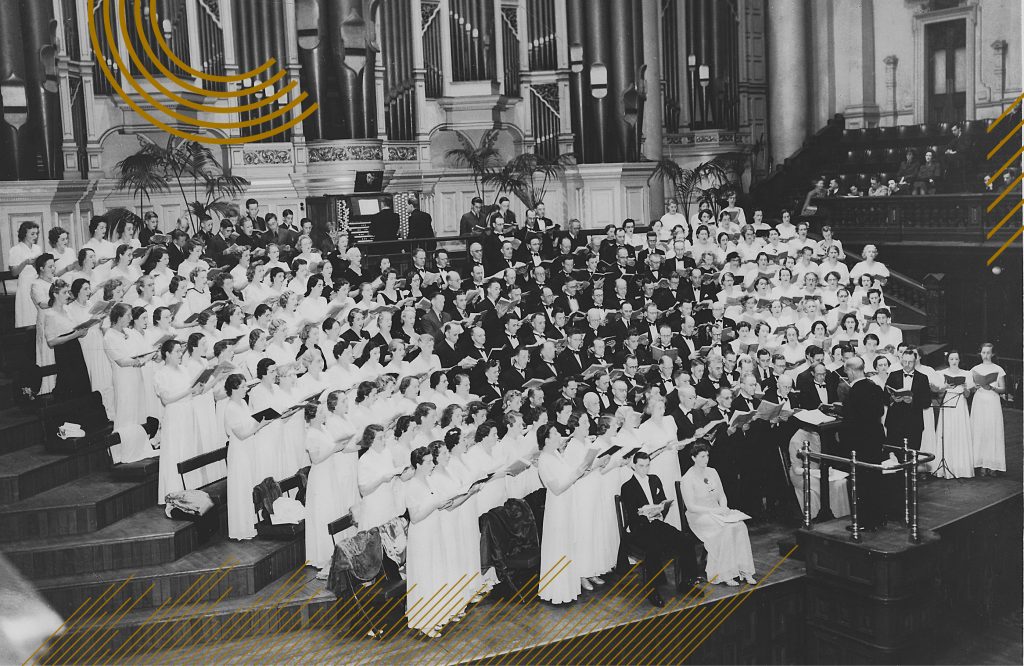 In 1920 nineteen choristers who wanted to sing at the highest level formed the Hurlstone Park Choral Society. One hundred years on, as Sydney Philharmonia Choirs, the membership now totals 600 voices and the vision of musical excellence stands. There’s every reason to celebrate and this June, the four choirs – Symphony Chorus, Chamber Singers, VOX and Festival Chorus – join forces for a spectacular concert in three acts.

Central to the festivities is the richness of our Sydney identity and Act 1 celebrates Sydney’s indigenous culture and history. Favourites such as Dawn Mantras by Ross Edwards will sit alongside new music by Deborah Cheetham, whose acclaimed Eumeralla – “a war requiem for peace” – has brought indigenous and non-indigenous performers together in music. You can also hear Stephen Leek’s Ngana, Kalkadungu Man by William Barton and Gordon Hamilton, and highlights from Jandamarra, a dramatic oratorio by Paul Stanhope, Steve Hawke and the Bunuba owners of the story. And as part of our plan to commission 100 minutes of new Australian music in our 100th year, we will also be performing new works by Deborah Cheetham, James Henry and Nardi Simpson.

Act 3 presents a major new work for choir and orchestra, Human Waves by the popular Elena Kats-Chernin. The libretto, written by Tamara Anna Cislowska, reflects on migration, fusions of culture and the future of our city.

At the heart of the concert sits Dan Walker’s exhilarating mash-up of the top ten choral masterpieces at the core of our repertoire. You’ll be smiling as you hear them whizz by: Beethoven Nine, Mahler moments, Carmina Burana, the Verdi and Mozart requiems, Haydn’s Creation, Bach’s St Matthew Passion, Elijah, and Handel’s joyous coronation anthem Zadok the Priest, not to mention the greatest oratorio of all, Messiah.

This performance has been postponed because of the Covid-19 outbreak.